It is among the aims of the project 'LIFE13 NAT/HU/000183 RAPTORSPREYLIFE' is to reveal more details about the predator-prey relation of two strictly protected bird of prey species – the saker falcon and the imperial eagle – and their prey species – most of all the suslik and the hamster - , as well as to prepare and implement efficient conservation measures targeting those species. GPS-based satellite-tracking serves with information to those aims. In the frame of satellite-tracking, six adult saker falcons were tagged in Hungary. In Romania, two juvenile sakers and one imperial eagle were tagged. 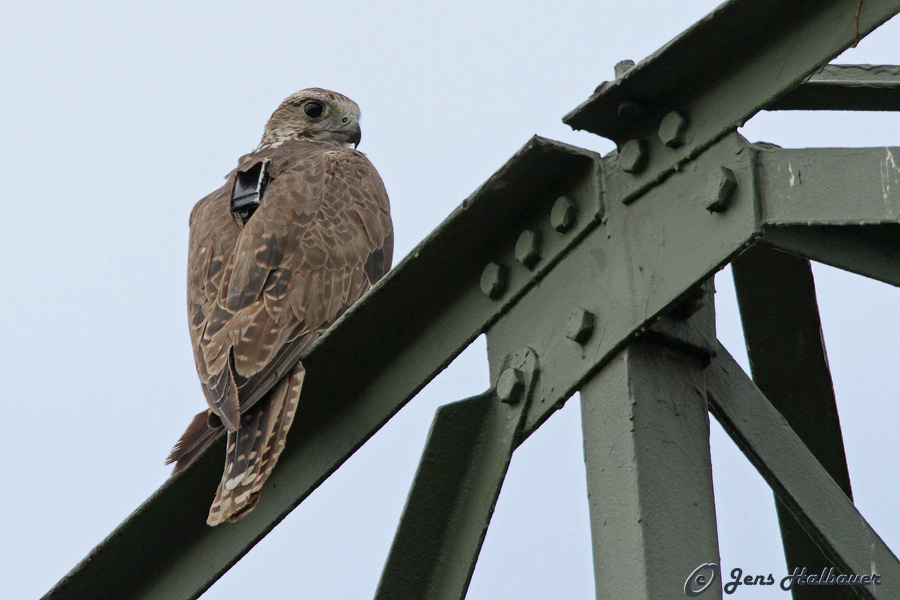 One of the tagged birds, an adult female tagged in southeast Hungary, headed west after her breeding failed. After crossing Slovakia and the Czech Republic, she stopped for longer time in Germany, near Leipzig. German birders found her there based on the information we had provided. According to their observations, the saker is in an area infected with voles and she is 'pirating' other bird species – marsh harrier, common buzzard and grey heron recorded so far – robbing their vole-prey. 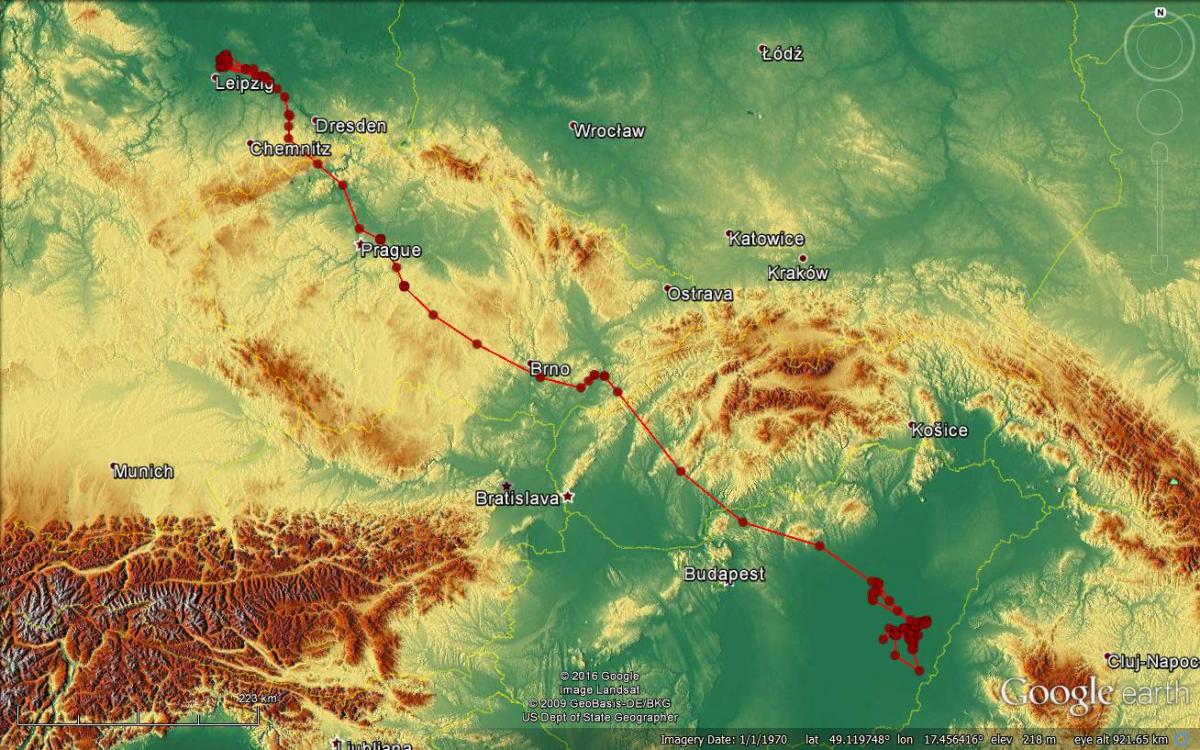 The route of the tagged falcon.

Experience shows that it is not very often that an adult saker leaves her/his mate, nest and eyrie behind in the summer period and roam far for a longer period. Only one case is known, when an adult pair in West Hungary left for Romania, to Lower Danube area (male) and Dobrogea (female) following an unsuccessful breeding period. In September, both bird returned to the eyrie. 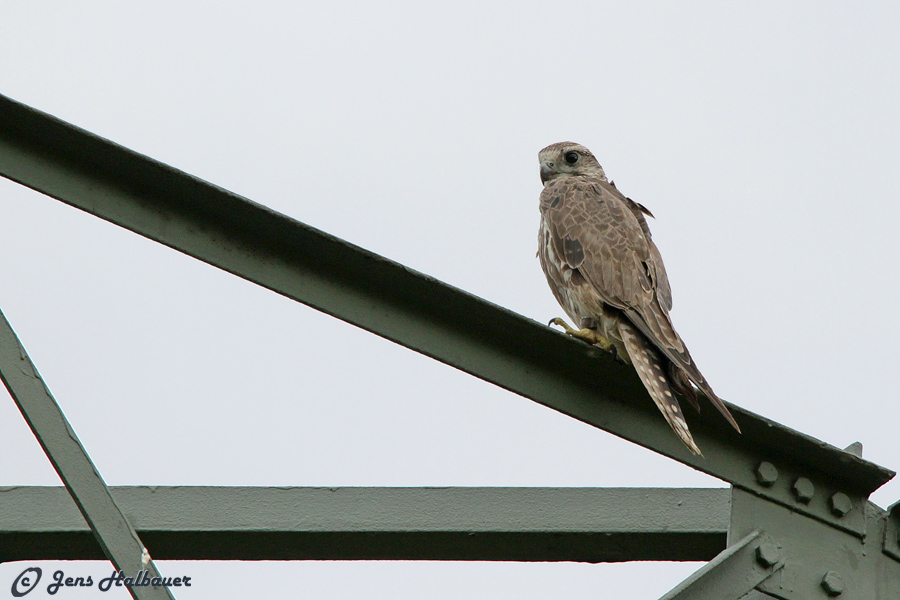 In Germany, saker falcon is a rare visitor. Up to date, only one pair has been recorded breeding – in the late 1990s – early 2000s. The species has been a regularly, but infrequently observed species in Germany. Four to five observations of juvenile and immature, rarely adult birds are recorded. Sakers visit Germany mostly during roaming, however there was also an observation of an individual wintering in city. Due to also its relative rarity, the species is 'popular' among German birders, thus – thanks also to that - they will keep an eye on the bird during her stay.