Eurasian species. Its distribution follows the steppe zone in Russia and Ukraine from the northern part of the Caucasus to Lake Baikal. In Europe, it is restricted more or less to the Carpathian Basin. It breeds in Hungary, Slovakia, Croatia, Serbia, Romania and Bulgaria. A smaller population breeds in Turkey, as well. In Hungary the westernmost pairs nest in the Transdanubian Middle Mountain. Outside of Russia the only significant population can be found in the Carpathian Basin. Nowadays, half of the population nests in the middle mountain ranges, however, more frequently occupies territories in lowlands, primarily in close vicinity of the mountains. 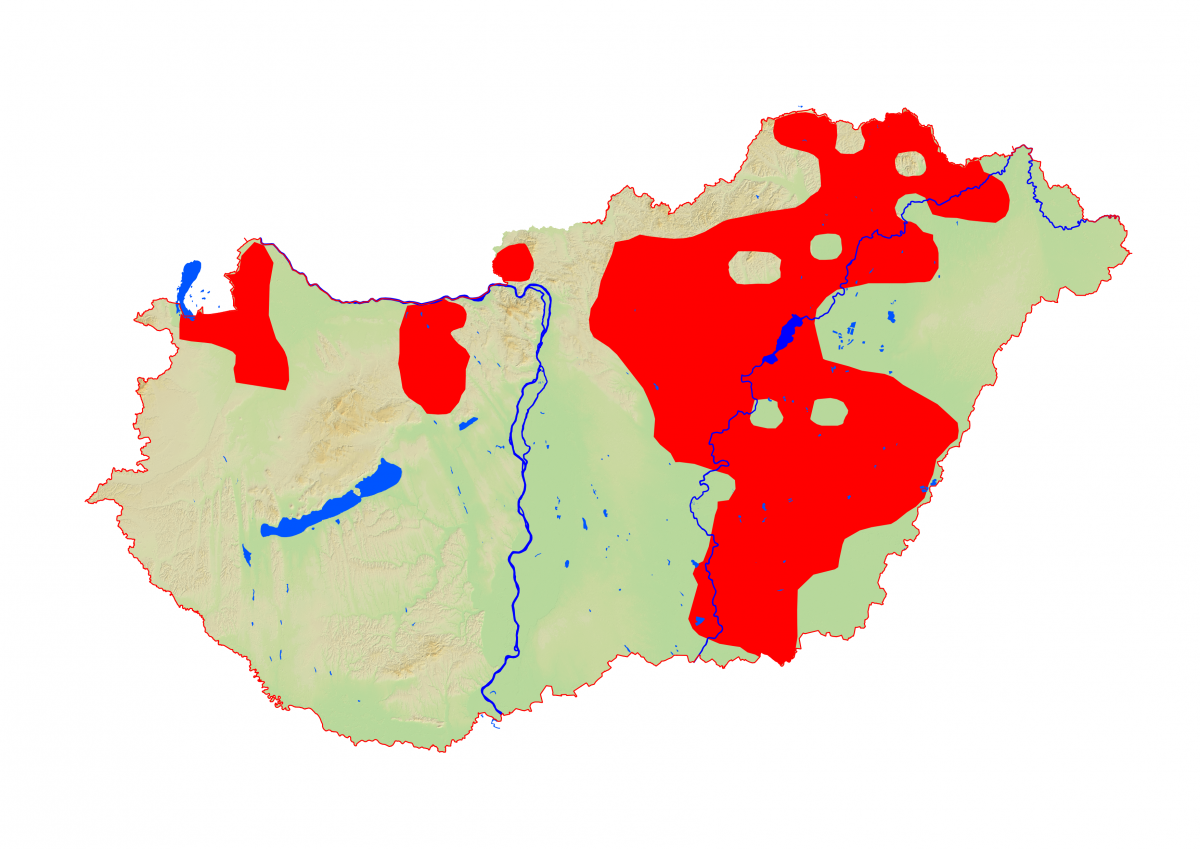 The distribution of the eastern imperial eagle in Hungary.