The Saker Falcon successfully reintroduced in the Western Plain of Romania

One of endangered bird species worldwide, the Saker Falcon (Falco cherrug) recorded a significant increase in its national population, and specifically in the Western Plain.

By 2000, there was no nesting pair in the area, and in the whole country only a few breeding pairs were known in the Măcinului mountains. In the last century, the Saker Falcon was quite widespread in Romania, but almost disappeared due to several threatening factors (poisoning, loss of nesting sites, expansion of agriculture, hunting). 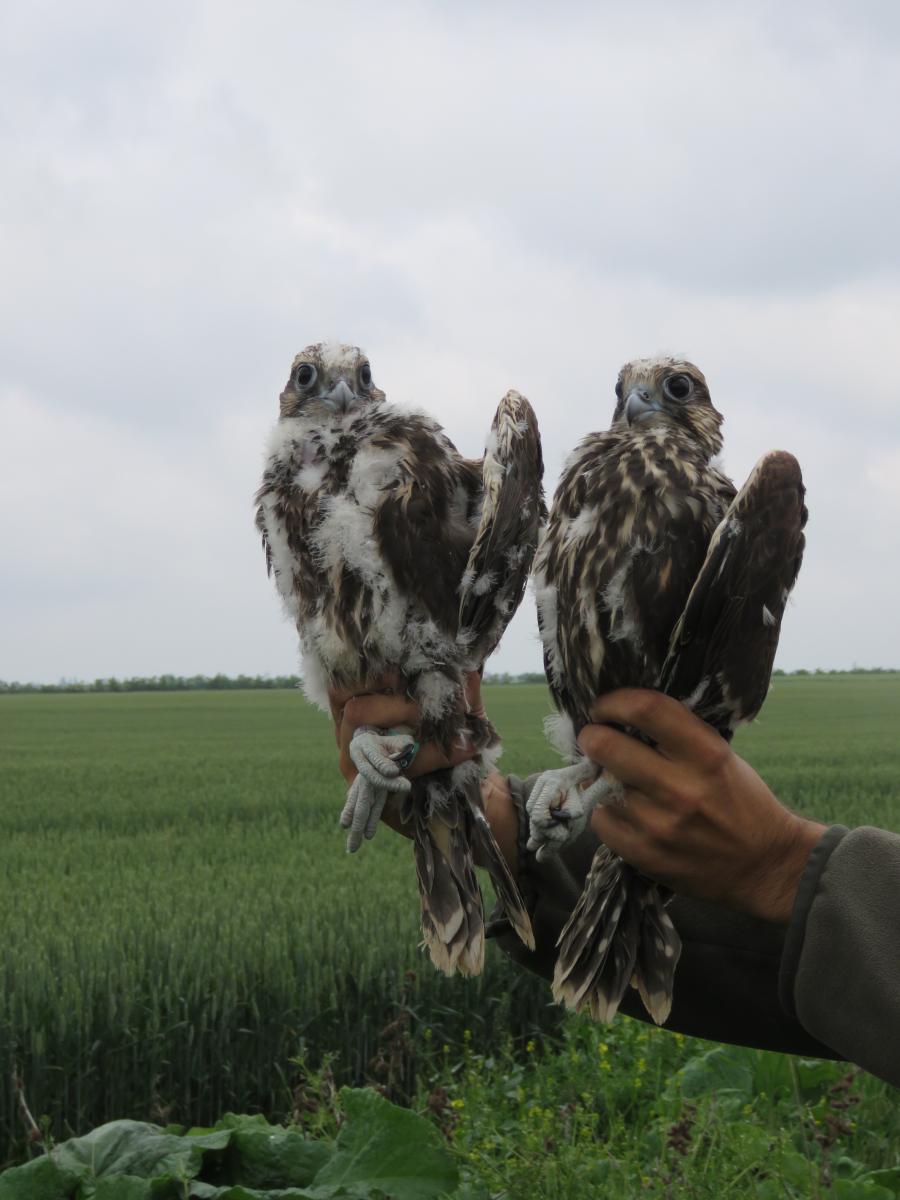 As part of certain conservation efforts undertaken by the Milvus Group within a cross-border project, 80 artificial nest platforms were installed on high voltage electricity pylons in collaboration with the electricity transport and distribution companies, , mostly in Timiș and Arad counties. If in 2011 only one nesting pair was registered, in 2012 – two, in 2015 the numbers started to grow, last year – eight pairs, and this year at least 14!         The Saker Falcon in natural conditions breeds in other birds nests (especially species of crows or other birds of prey), but they adapt easily to artificial nests too. In the western plains, the number of natural nests is very low, due to the lack of trees. Thus, our intervention (by placing artificial nests) was required, to facilitate the nesting of the species in the Western Plain. Without these measures, the birds have had no chance for nesting in the area!

This year, most of these nestlings will be colour-ringed in order to monitor the Saker population in Romania.

Our Hungarian neighbours, have the greatest experience with this species, due to the conservation measures implemented in the ‘70s. In recent years, Hungary with Slovakia implemented a first Life project for the conservation of the species –http://sakerlife.mme.hu/en/content/show.

From 2015, Milvus Group is a partner in the “Securing prey sources for endangered Falco cherrug and Aquila heliaca population in the Carpathian basin” LIFE13NAT/HU/000183 project implemented by  13 partners from Hungary and Romania. One of the main goals of the project is to strengthen the gopher populations in the Pannonian region of the country; this species is an important source of food for the Saker falcon.

The Saker Falcon European population is estimated at approximately 450 pairs, of which 47% lives in Hungary, Slovakia and neighbouring countries.

The Saker Falcons dispersal covers a very large area from Spain to Kazakhstan, but they regularly spend time in Bulgaria, Romania and Serbia, where nesting sites are less crowded. These places can be suitable breeding habitats in the future; if there will be enough nesting sites available and if the risk factors will decrease. These includes: natural nests degradation, feeding habitat degradation, increased mortality by electrocution or hunting, anthropogenic disturbances.

The Milvus Group is dedicated to this project. We believe that conservation and monitoring measures will continue to have encouraging results, in the benefit of the Romanian biodiversity.