A "big family" of sakers found while ringing chicks

In the past few days juvenile saker falcons started to fledge, however ringing is still ongoing at the late brood.

This year, ringers found a brood of sakers with 6 chicks, which was an unusual and very rare phenomenon as sakers used to have five chicks at maximum. The chicks - five males and one female - were in good condition.

Almost 20 years ago, another nest with six eggs was found, but that breeding failed in the end. 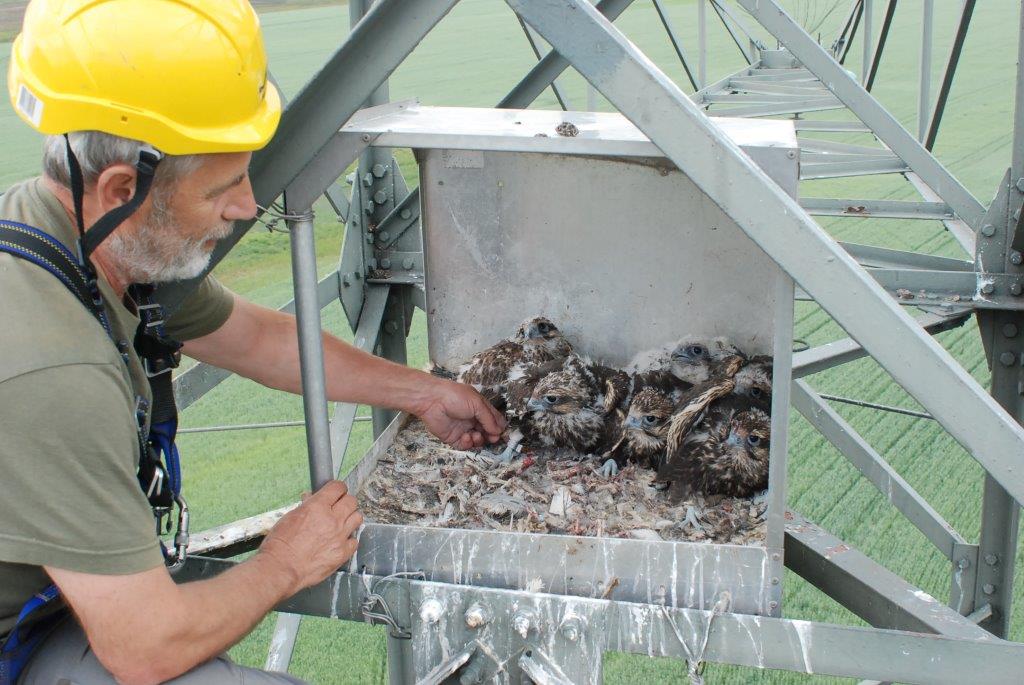 Ringing of the brood of sakers with 6 chicks.