This year the Saker Falcon breeding success had unexpected results in the Romanian project areas: 17 pairs have bred successfully! Colour ringing went on as well, with 45 chicks marked this way. 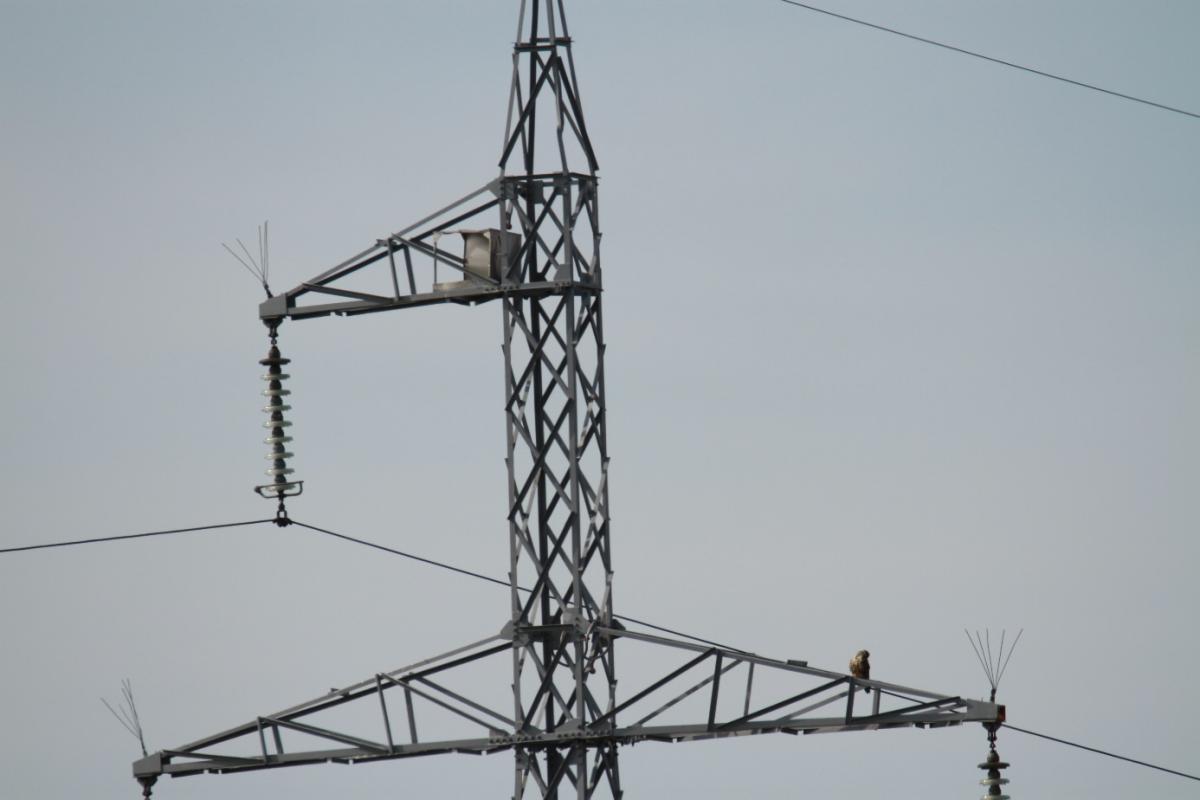 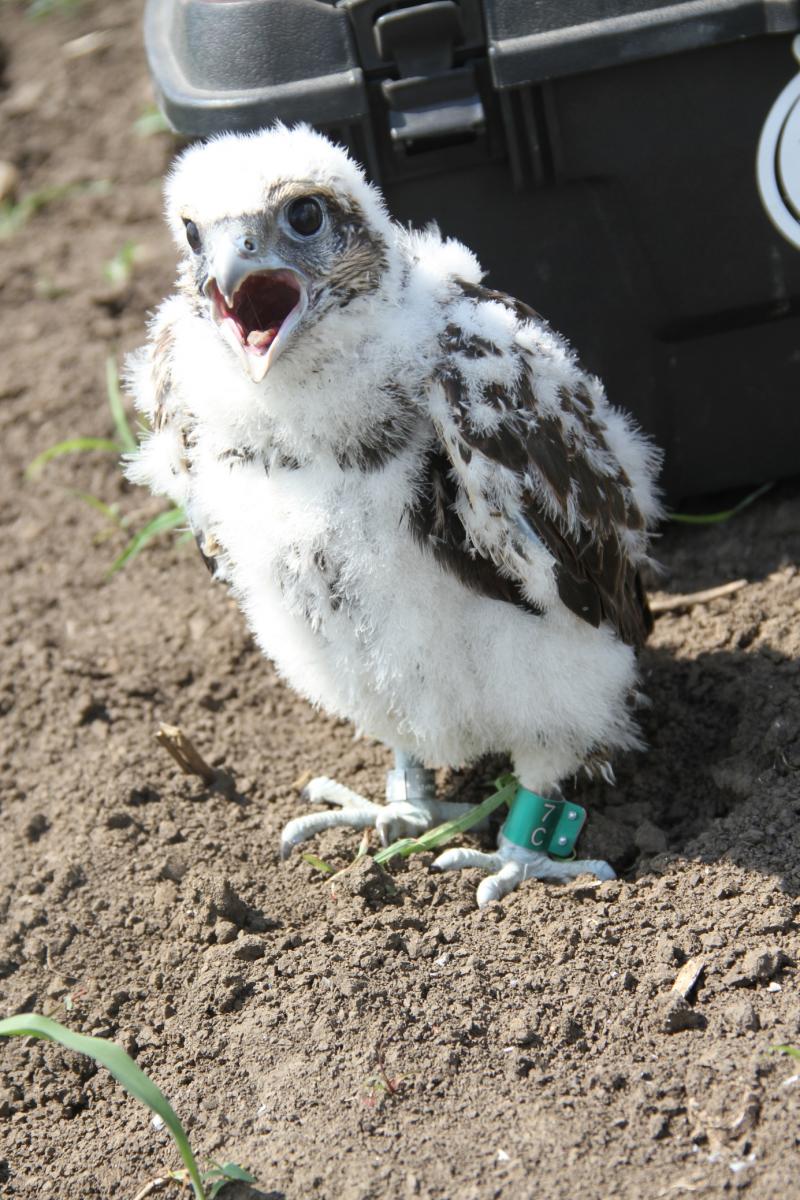 During the ringing of chicks, we began studying the prey composition of falcons by mounting camera traps to seven nests. After the young fledged, the cameras were taken down, and the pictures will be analysed after the field season. At the same time, we collected a significant amount of prey remains from the nest boxes, which will also be analysed in the autumn period. 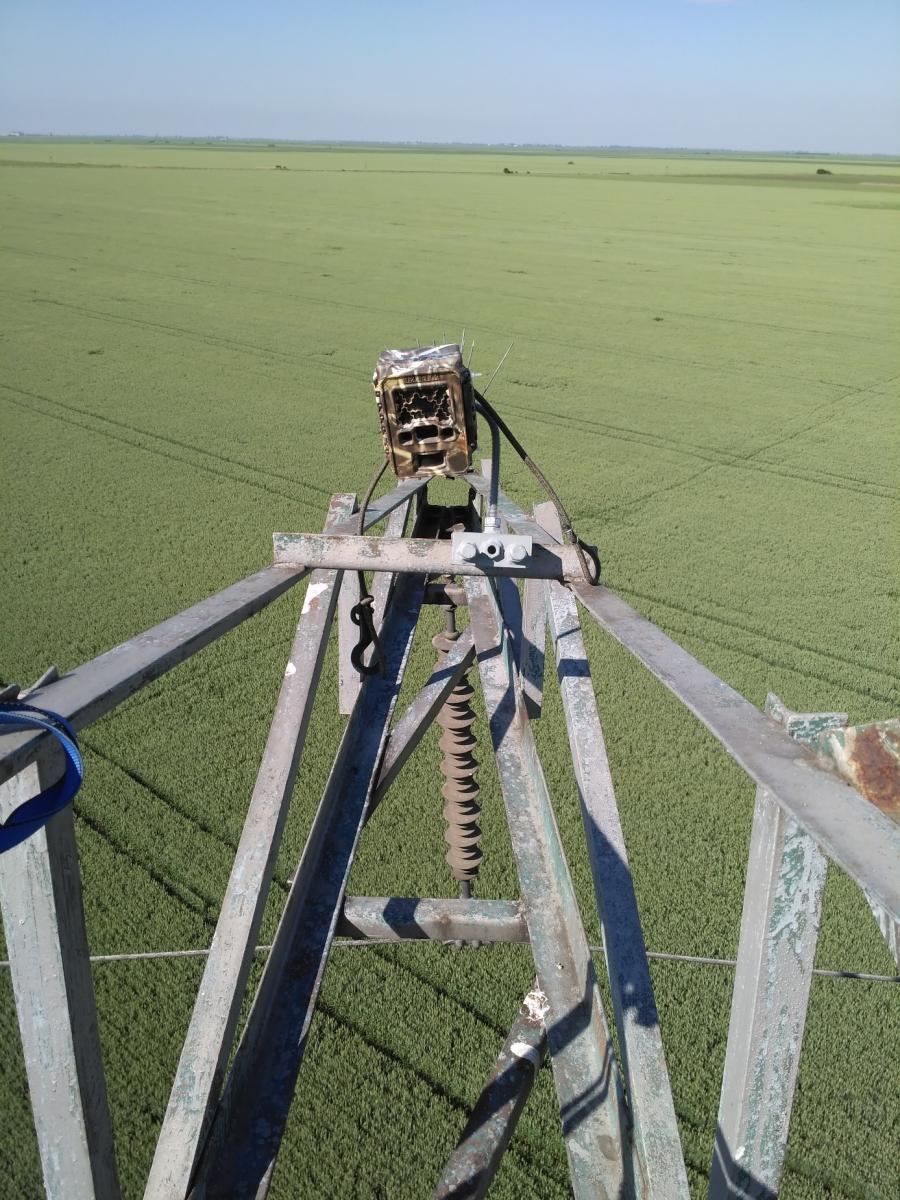 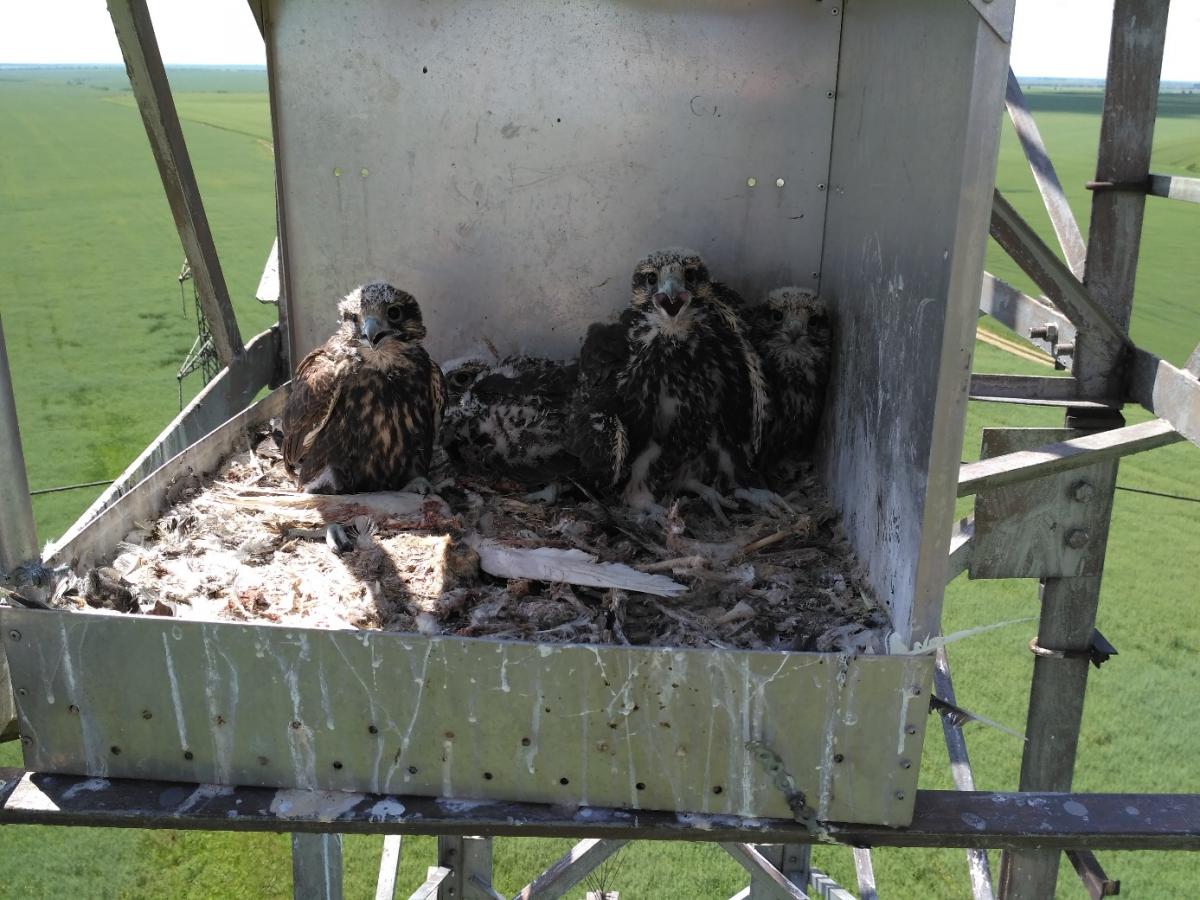 Saker chicks in one of the nestboxes (photo: Zsolt Hegyeli).